Funded by the Orthopaedic Institute

What is the purpose of the study?

We are trying to understand the potential for low-dose magnetic stimulation to reduce unwanted symptoms including spasticity following a spinal cord injury. After an injury to the spinal cord the nerves within the spinal cord below the level of the injury reorganise themselves. This leads to unwanted connections producing a condition known as spasticity. Spasticity is experienced by patients as unwanted muscle stiffness. In patients with some sensation this can cause pain and can often lead to problems with bones and joints and difficulties with positioning for seating and standing. Along with spasticity, altered functioning in the nerves that control blood pressure, sweating, bowel and bladder can all create difficulties for someone who has had such an injury.

We now know that the nervous system reorganises itself on a continuous basis even after we have finished growing. For example, it has to do this so that we can form memories and learn. This process is necessary in healthy life and is regulated by an army of cells that roam through the central nervous system including the spinal cord. These cells known as microglial cells act as gardeners, pruning connections that aren’t needed and strengthening connections that are needed. From recent work in the field of biology we now understand that a chemical called complement is used as a marker a bit like paint on a tree that is to be trimmed, to tell the microglial cells where to cut or where to strengthen. Very low level pulsed magnetic stimulation can mark connections that need to be trimmed so that the microglial cells can go about their job. We believe this is a very safe treatment because it is using magnetic stimulation on the spinal cord at a 10th of the level that is commonly used on the brain.

Current inpatients on the Midland Centre for Spinal Injuries Unit at RJAH with an established spinal cord injury (Frankel grade A, B or C) of at least two months who are also experiencing spasticity in their legs will be invited to take part. The aims of the study are:

To identify whether by using a very low dose of magnetic stimulation we could reduce the abnormal connections in the spinal cord that cause spasticity.

Recruitment to the study has been extended by eighteen months from April 2019 to ensure the target of thirty patients can be reached. 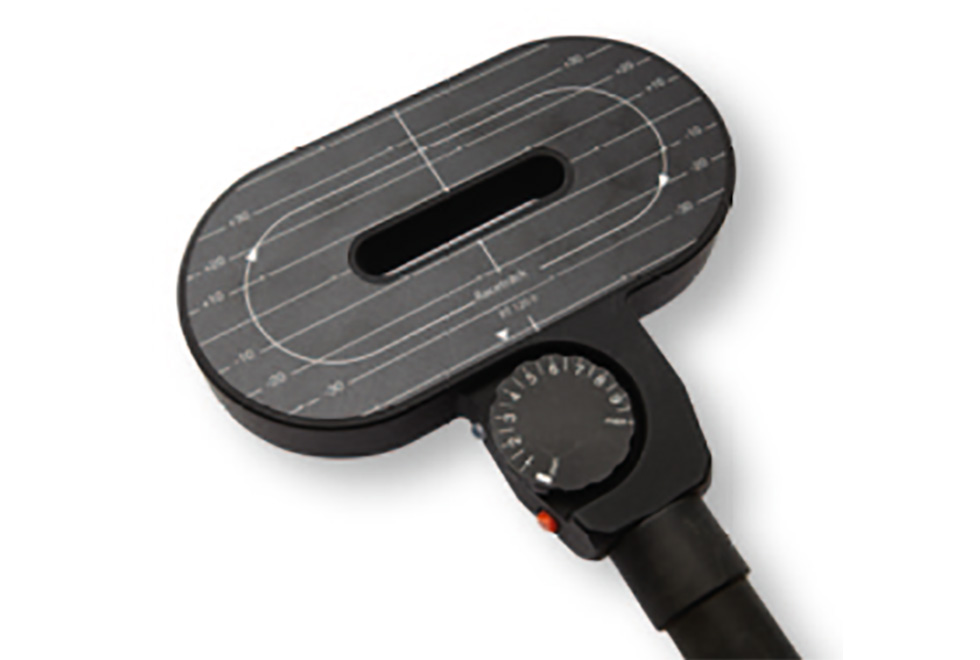 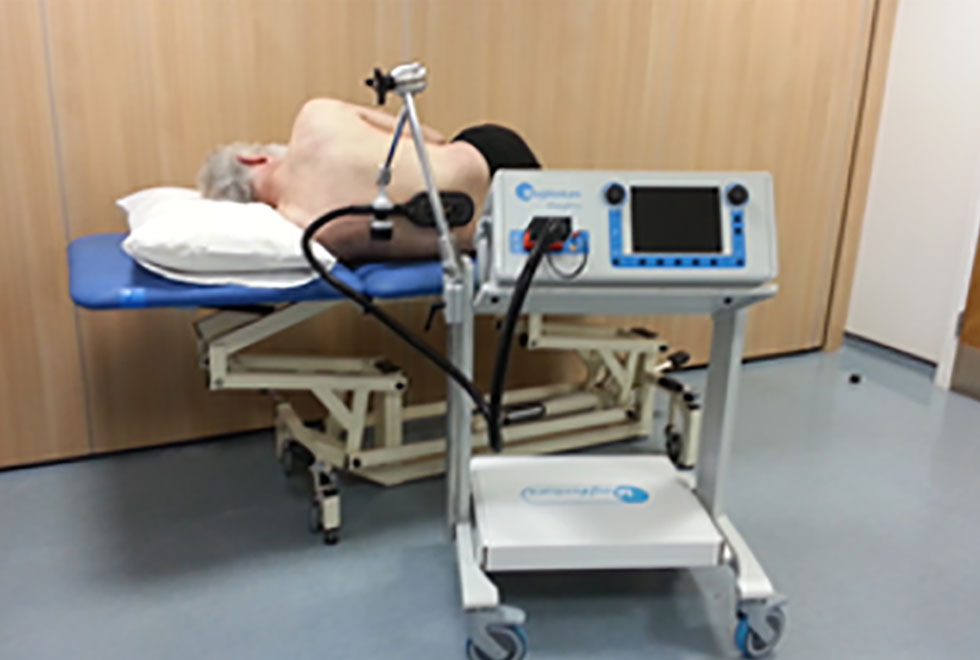 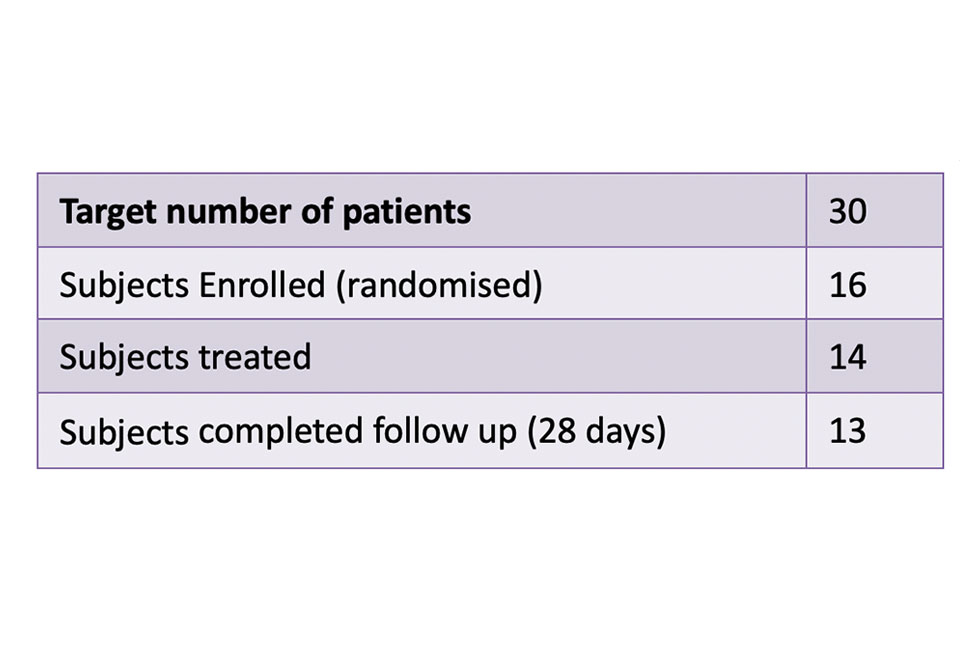 Figure 1: Magnetic stimulator in use.