Funded by EPSRC/MRC Centre for Doctoral Training in Regenerative Medicine

Cells secrete small particles called exosomes which contain various components that give the exosomes a specific activity. These exosomes could be used as an advanced therapeutic for a number of disorders, depending on the particular variety of components incorporated into the exosomes during their production. We aim to develop a method of manipulating the selection process for these components, thus gaining control of the end therapeutic activity of the exosome. We aim to do this by disrupting a complex carbohydrate structure called heparan sulphate (HS). HS is believed to be involved in the production of exosomes and may also be a key factor in selecting which components are incorporated into exosomes.

In the past 12 months, bioreactors have been established for the culture of cells in order to obtain large amounts of exosomes. This was not possible using standard culture techniques. This has allowed for the optimisation of methods to characterise exosomes and their HS structures. Development of a method to look at components on exosome surfaces is underway which involves flow cytometry followed by fluorescent imaging of exosomes and electron microscopy (Figure 4).

Disruptions to HS has been carried out by producing cell lines with knockout mutations to enzymes involved in the production of HS using genetic editing technology (CRISPR-Cas9). The resulting alterations to the HS structures have been characterised. These mutated cell lines have now been cultured in bioreactors to obtain large quantities of exosomes  so that further analysis can be carried out.

BACK TO RHEUMATOLOGY & METABOLIC MEDICINE 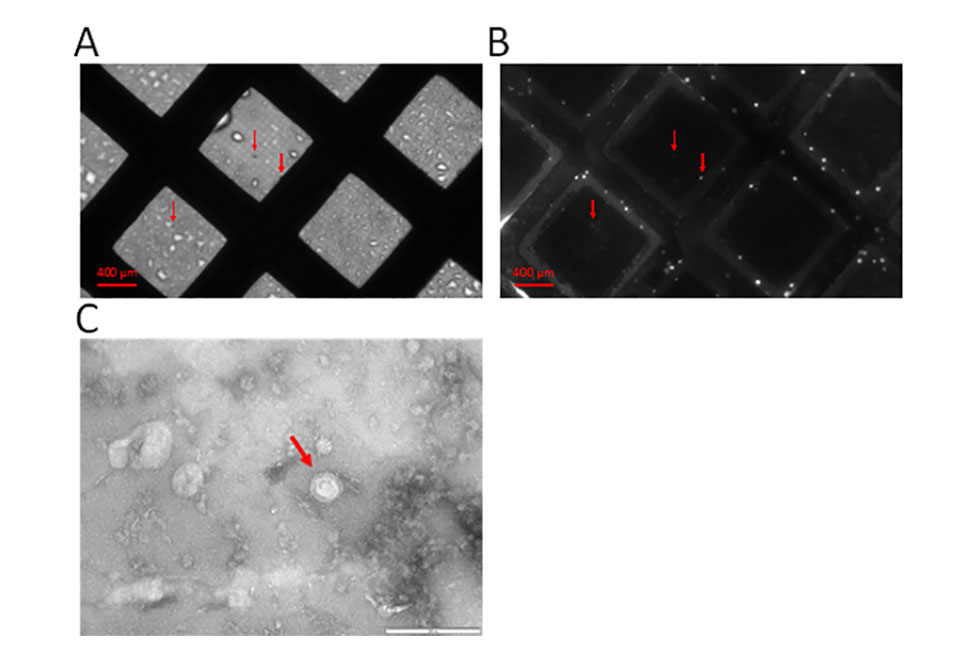