Menisci play an important role in force transmission, shock absorption, joint stability, lubrication and proprioception of the knee joint. Many studies suggest that meniscal degeneration plays a significant role in the pathology of osteoarthritis (OA). However, there is currently a lack of objective metrics to assess OA meniscal cell phenotypes.

We investigated the phenotypic markers and chondrogenic potency of avascular (white zone) and vascular (red zone) meniscal cells and chondrocytes from OA patients. Based on histology, we discovered that the transverse collagen bundle arranged in a “tree-like” formation within the meniscus appeared to have less blood vessels associated with them in the vascular region of the most degenerate menisci, which may indicate that such structures are involved in the pathological process (Figure 2). 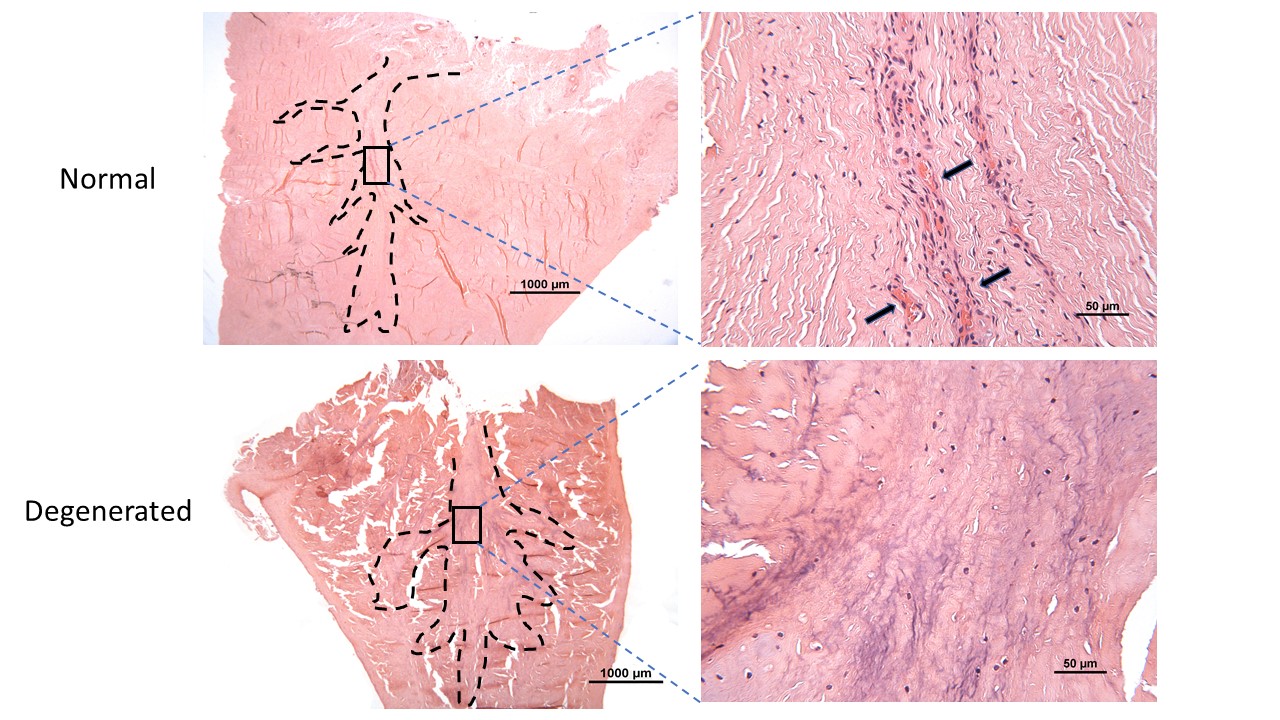